Home > Latests News > News > 8 Celebrities Who have Had Plastic Surgery

8 Celebrities Who have Had Plastic Surgery

Plastic surgery has come a long way since the first procedures five decades ago. Treatments have become more attractive, less invasive and less conspicuous. And, thankfully, the stigma is diminishing too.

A huge part of this is the openness of celebrities to talk about the work they’ve had done. In the past, we used to speculate about who was going for what procedure, but now, many public figures have been open and sometimes proud of the changes they’ve gone through.

This helps remove any remaining taboo that plastic surgery carries, reassures women that their celebrities were not born that way, and it might give inspiration as to what patients might like to have done. 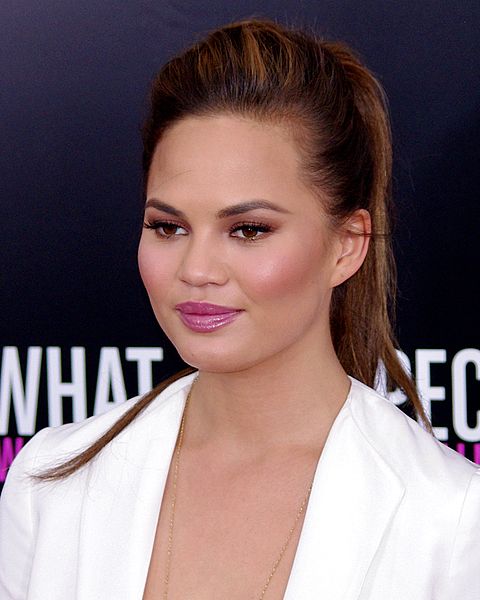 “Christine Tiegen” by David Shankbone – Licensed Under CC BY 3.0

The outspoken model, TV personality and author has been very frank about the plastic surgery she’s had done. “Everything is fake about me except my cheeks,” she told Byrdie.

Speculation is rife about what she’s had done, but, for what it’s worth, Tiegan was pointing at her face at the time of interview. 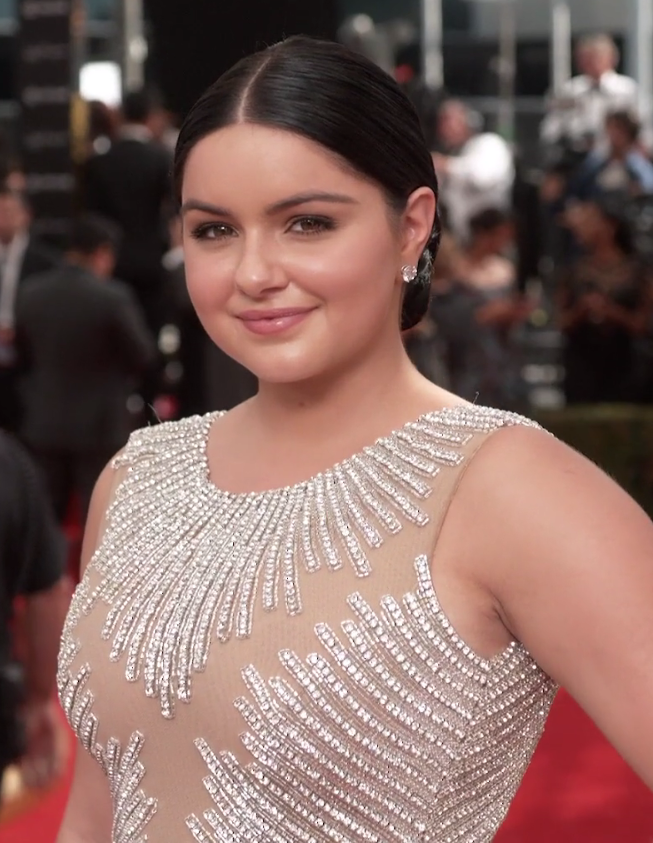 ‘Ariel Winter’ by Rogue Artists – Licensed Under CC BY-3.0

The young actress, best known for playing Alex in Modern Family, has had breast reduction surgery.  “I was 15 years old with [size] F [breasts],” Winter told Glamor magazine. “It’s like, how do you navigate that?'”

Winter cites discomfort and pain as main reasons for the operation, something we’ve heard many times from our own patients: “It started to hurt so bad that I couldn’t take the pain,” she said in the same interview. “I got it for myself. I can’t even really put it into words about how amazing it feels to really feel right.”

Breast reduction is one of our most popular procedures at Avoca Clinic.

The pop icons’s enviable figure is apparently a combination of genetics, discipline and a little extra help.

Britney playfully told In Style that she’s had lip injections and “fun stuff” done. We’ll leave it up to you to guess what that fun stuff is. 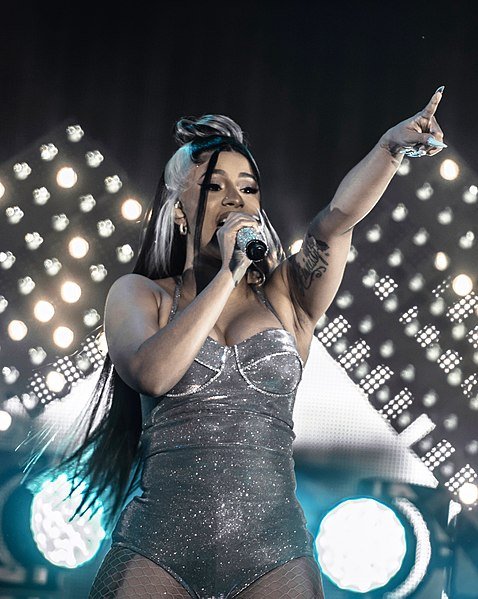 “Cardi B” by Frank Schwichtenberg – Licensed Under CC BY-SA 4.0

Cardi B, Rapper and Pop Star

Cardi B seems to have come from nowhere to become a world-famous pop/hip-hop star. She’s recently moved into acting, with a role in the hit movie Hustlers alongside Jennifer Lopez.

It shouldn’t be hugely surprising that Cardi B has had breast augmentation work done (another popular procedure with our patients, incidentally).

She told her millions of Instagram followers recently: “I TRUELY LOOOOVEEE MY BOOBS SINCE I Bought THEM…my first expensive purchase.” 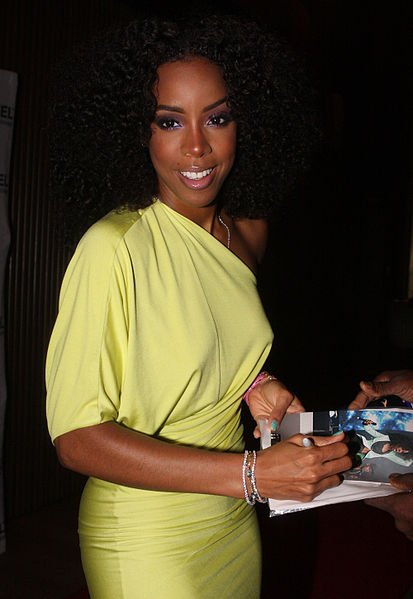 “Kelly Rowland” by Eva Rinaldi – Licensed Under CC BY SA 2.0

Rowland, a member of one of the biggest girl bands of all time, faced a familiar dilemma when it came to breast implants. While she wanted them from a very young age, Rowland was discouraged from making such a big decision in her teens.

She told Shape in a 2013 interview: “I wanted to get breast implants when I was 18, but my mom and Beyoncé’s mom told me to really think about it first. I took their advice and waited 10 years.” 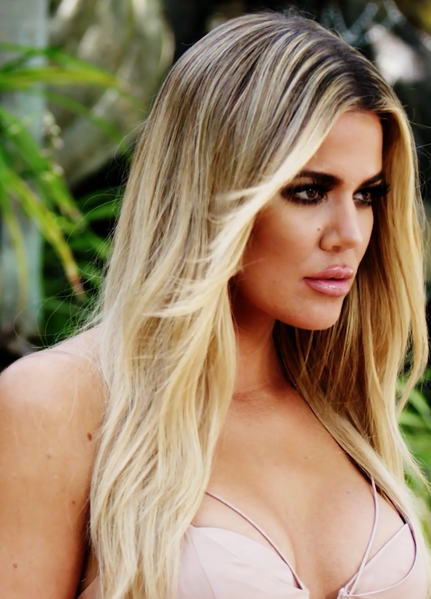 “Khloe Kardashian” by Eric Longden – Licensed Under CC BY 3.0

Not every Kardashian is so candid about the work they’ve had done, but Khloé has admitted to non-surgical work such as face fillers. She said that plastic surgery “should be viewed almost like makeup.” In the same interview, which was with E! Online, she said: “If I want to do something, I’ll totally do it—I don’t care and I’ll be the first one to say, ‘Look what I just did!” 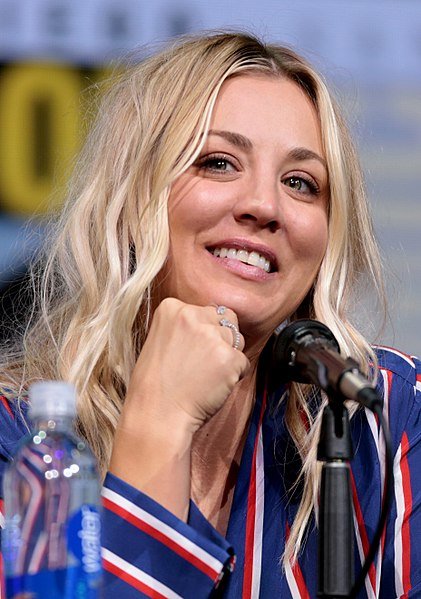 “Kaley Cuoco” by Gage Skidmore – Licensed Under CC BY SA 3.0

Cuoco hit the big time as the star of The Big Bang Theory, which made her one of the highest paid actresses in TV history.

In an interview with Women’s Health the actress said: “Years ago, I had my nose done. And my boobs. Best thing I ever did.”

However, the actress works hard to stay in shape, managing her diet with portion control, no red meat and plenty of fish and vegetables. And she’s a fan of hot yoga and spinning classes. 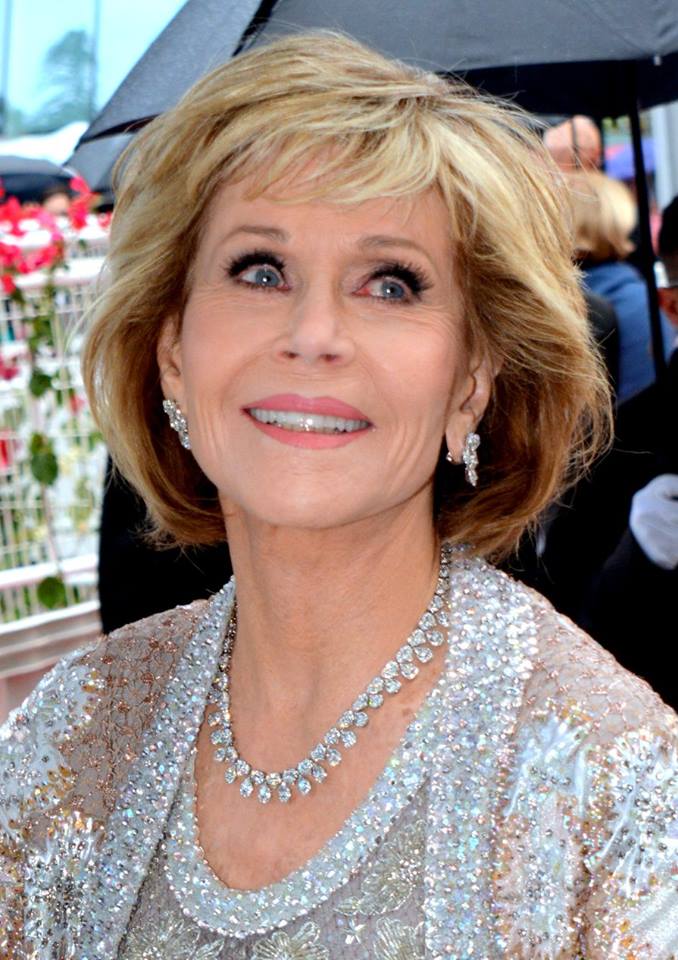 “Jane Fonda” by Georges Biard – Licensed Under CC BY 4.0

Fonda, one of the great screen beauties, has been captivating viewers since the late 1960s. The actress, now 81, says that plastic surgery has taken years off her appearance.

Talking to The Guardian (ironically to promote a movie called Youth), she said: “Plastic surgery bought me a decade.” But she also believes in a good night’s sleep, meditation and yoga.

The actress, who recently made a comeback with the Netflix series Grace and Frankie, is also a brand ambassador for L’Oreal.

What can we do for you?

Plastic surgery is the right option for many, regardless of whether you’re a celebrity. Whether you’re curious about what can be done, or you have a clear idea of what you’d like, reach out for a free consultation. We’d love to talk.

Send us an enquiry