Home > Latests News > Patient Reviews > “It was hands down the best thing I ever done.” – Aoibhe Devlin’s Breast Reduction Experience

“It was hands down the best thing I ever done.” – Aoibhe Devlin’s Breast Reduction Experience 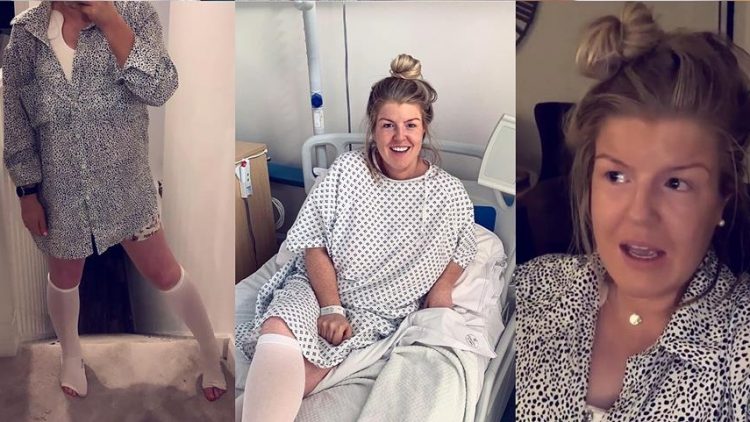 A breast reduction was something I had wanted since I’m 16 years of age. I always had big boobs and hated them. Let me tell you my ‘breast story’ and why I wanted this done. Basically I got boobs aged 9 and was the only girl in my group to have boobs at the time. I instantly hated them and wouldn’t wear a bra as none of my friends wore one. I didn’t start wearing one until nearly 3 years later when I started in secondary school. At that stage, my boobs were really big and imagine I was only 12. I think by then I was a 32C and a big C at that. Throughout secondary school, I swam a lot and was a lifeguard. I hated that my boobs were so big and always felt so self-conscious about them. They grew and grew as they do and by 6th year I was a massive 34D. Over the past ten years, I have struggled so much with them especially with dressing. I always wore a high neck and never ever showed off my boobs. I wore minimiser bras the whole time just to make them look smaller. I wore a size 10/12 bottom but would always have to go up to a 14 for my boobs. The larger your boobs the larger the tops and dresses and you are also much more limited too with dressing. I worked in Brown Thomas for years, surrounded by amazing fashion pieces and fashion brands like Kooples and Maje but unfortunately, I couldn’t wear any of it. I had to stand a lot for my job in Brown Thomas too wearing heels so my back really suffered for a long time working there along with the added weight of my boobs.

This was something I wanted to do for over half my life and now I have FINALLY done it.

I talked all about choosing where to go and choosing my surgeon. I got my breast reduction done in the Avoca Clinic in Wicklow. The Avoca Clinic is Ireland’s premier cosmetic surgery clinic staffed by top surgeons in Ireland.

So let’s get started.

The night before my operation I was so emotional. I just couldn’t believe this was it. I was such a mixed bag of nerves. I made sure I had no nail varnish and all my fake tan was fully removed the night before. The morning of the operation I cuddled Lily so so much and played with her (above). We watched Sing on the couch and played all morning as I knew I wouldn’t be able to hold or cuddle her properly for a few weeks after the operation. I went into the hospital, got my bed and all ready for the surgery. Sexy compression socks and gown on. I was waiting a few hours in the hospital before I was called and I won’t lie I was terrified at this moment. 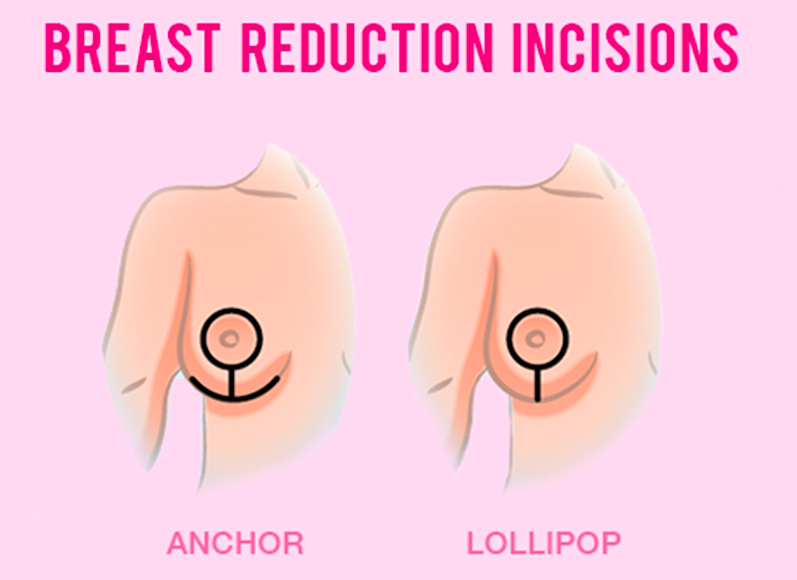 Before I knew it I was on the bed and ready for theatre. I did have a bit of a cry before I went into theatre and the nurse said it was totally normal. In case you didn’t read my first post, Dr. Nadeem Ajmal was doing my surgery. He marked out everything on my boobs and in I went. I woke up just over three hours later in recovery where everything is a bit of a blur. I remember them putting on my support bra. You can get two different types of surgeries like a reduction and implant and reduction and lift. I got a reduction and lift. There are also two types of scars you can get from having this surgery. See below. I have an anchor scar. This is because I had lot of breast tissue to be removed and I went from an F to a C.

I had to stay one night in hospital to be monitored. When I went back to the room it was so lovely to see Sean. I had a lot of medication to numb any pain and I had two drains coming out either breast. I still had my compression socks on along with blood pressure machine on both my legs to keep my blood flowing. I had to wear these pretty much all night and some of the next day as I wasn’t up and moving. I immediately looked down and couldn’t believe how small my boobs were. I couldn’t believe they were mine. I was not able to move my arms at this stage, just use my phone. The one thing that was most uncomfortable for me was the drains. I am really bad with blood so this just wasn’t good for me. I ended up dosing off quite early after the operation and Sean left. 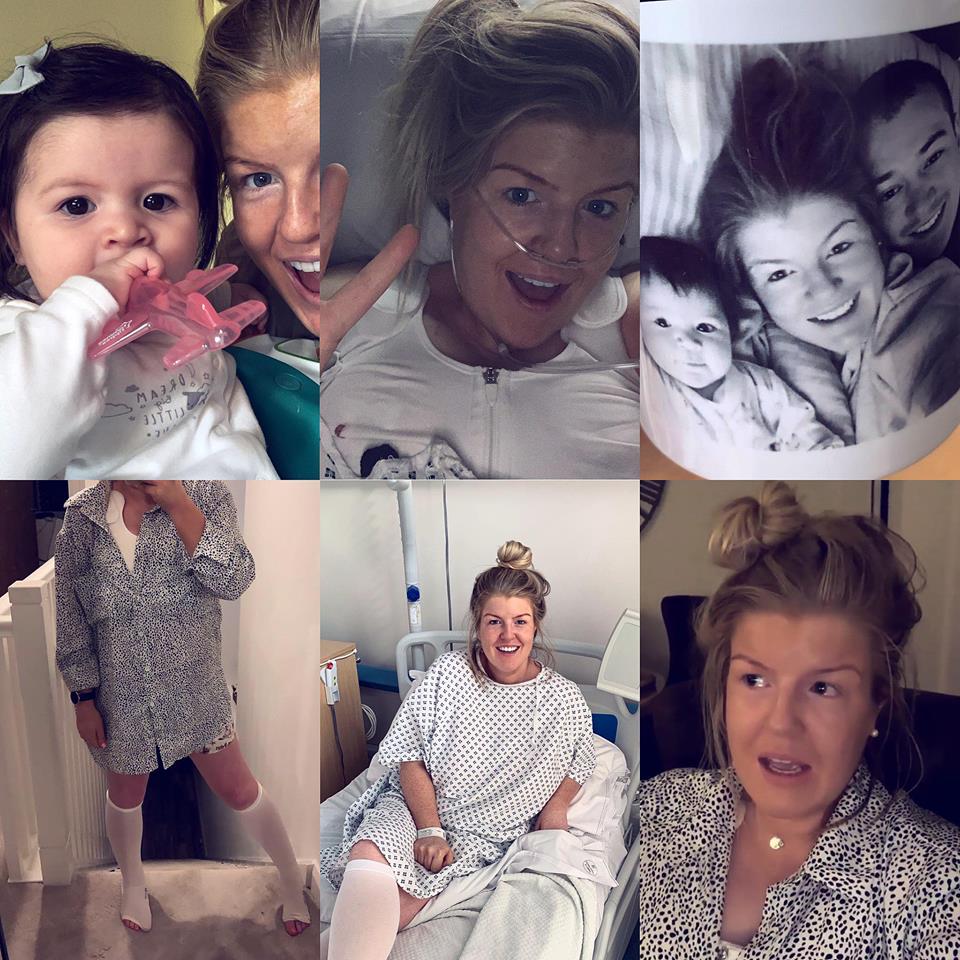 The next morning they check your drains to see how much blood has been drained out. They generally let you out if the drains are under a certain amount but for me, it was over so I had to stay in for a bit longer. I got up late morning to go to the toilet and that is when I realised what a difference there was. I went into the bathroom with the help of a care assistant to have a wash. I took the bra off and instantly started crying. I was just in total shock. It was tears of happiness of course. I just couldn’t believe it was my body in the mirror, my boobs. If you watched my Instagram story about it a few days after the operation you’ll see me very teary-eyed in it too as I just couldn’t believe it.

I was discharged later that evening so had only spent just over 24hrs in hospital. I, unfortunately, had to go home with the drains in. A lot of people have them taken out before leaving but some don’t. This is all down to the amount of blood draining and in my case, there was too much so they needed to remain in. Personally I would have preferred to have stayed that night in the hospital and wait until the drains had been removed the next day. So for anyone reading this that is going in for the procedure, I would highly recommend that if the drains need to remain in that you stay another night however sometimes (not that often but it happens) you may have to leave the drains in for longer.

As mentioned above, I was discharged after one night and went home. I was given the prescribed amount of painkillers and antibiotics to last me one week. I went back in the next day to get the drains removed. For me getting the drains out was the worst part of the whole experience. Removing them was very quick and painless, as it just felt like a small wiggly snake being pulled out. I was definitely uncomfortable for the first 24hrs but after the drains were gone I was flying along.

I recommend bringing a loose shirt or jumper for when you are leaving the hospital. You won’t be able to lift your arms so this is necessary. Also, you should bring shoes that are handy to get on and off without help. You will have to wear the bra they put you in for a period of time so you can choose to buy your own or continue to use the one they give you. I bought one spent a fortune and it was so uncomfortable. I immediately put the hospital one back on. I recommend getting one that has velcro straps over the shoulders and thick straps not thin. This is similar HERE.

I had to return to The Avoca Clinic after one week for a check with Dr. Ajmal. The nurse took everything off and he assessed my breasts. He said they were healing well and he was happy (as was I) but wanted to see me the following week. When I went back in the following week, he was happy for everything to be removed and for me to remain wearing my support bra for a further 4 weeks and return to see him after week 6.

I will talk about this honestly as I was petrified about this. I was so scared of everything, going under, blood clots, something going wrong, just everything. I was nervous that the pain, it would be unbearable when I went home and how wrong was I. From the minute you are taken up from recovery, you are given painkillers to completely take away any pain you might have. They even said to me ‘there is absolutely no reason for you to be in pain’ and I never was. Even when I went home, I stayed on top of my medication and everything was ok.

The most painful thing was having the drains in and even at that, it was not that painful at all. These are necessary so there is no avoiding them. I didn’t like it but I sucked it up as look I had small boobs so how could I complain?

But overall pain-wise its actually not very painful at all.

You cannot shower from your stomach upwards until the surgeon says. You also cannot lean over a bath to get someone to do it for you either so I recommend booking in to get your hair washed a few days after surgery as you will feel a million dollars after it. When you can eventually shower, it will feel like the best shower of your life.

You cannot sleep on your side so I recommend to get some fab puffy pillows and sleep like a queen until you feel comfortable enough to turn on your side. Sleep propped ip so it’s easier to get in and out of the bed. I was only able to sleep on my side after 4 weeks.

You cannot lift anything heavy for at least 4-5 weeks, your baby included. I held Lily very carefully after two weeks and that was so carefully. I didn’t lift her until 3-4 weeks though and this was very hard but all lifting is out the window.

I recommend taking arnica tablets a few weeks before/after to help with bruising.

The cost of the operation is €8.5K upwards. The Avoca Clinic provide payment plans with Flexi-Fi. They can speak all about this at your initial consultation.

BEFORE AND AFTER PHOTOS

I will have more up throughout the summer however these are my initial before and after photos from the surgery. This is the morning before the surgery and then 4 weeks later. As you can see from all of the before photos, my boobs consumed a large portion of stomach so I never really had a waist as such ever. I think the front view is hugely different but for me, it’s the side profile that gets me. I always looked wider on top because of my boobs and now I am more in proportion with the rest of my body. 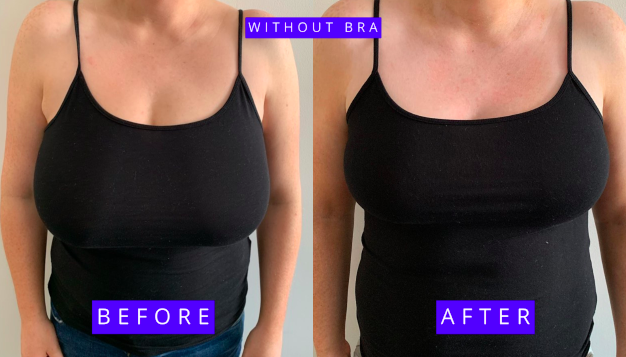 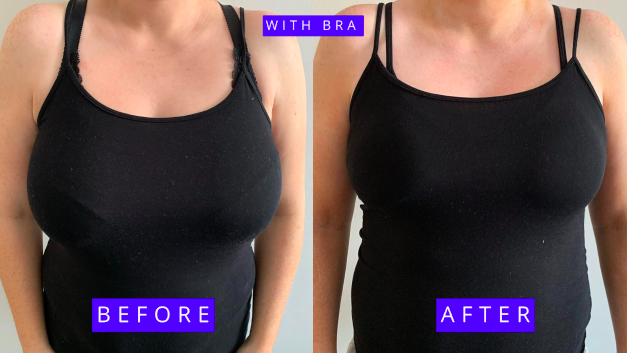 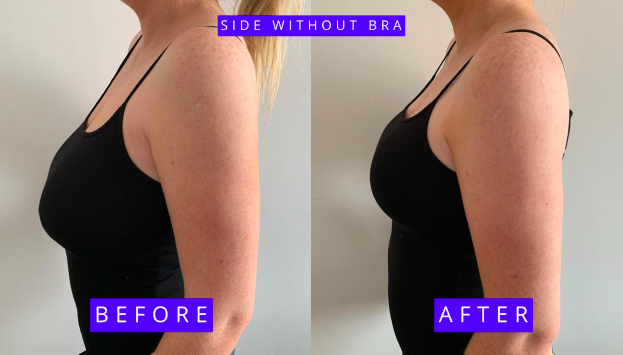 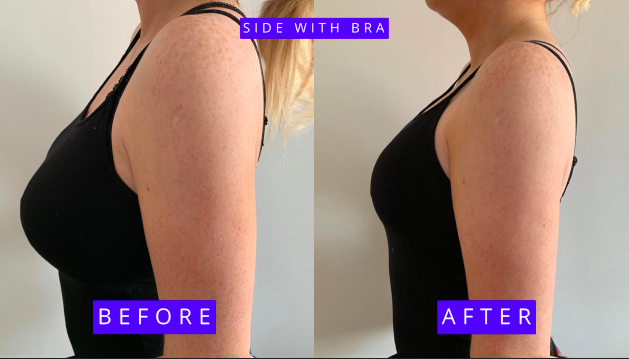 It was hands down the best thing I ever done. I am so happy with my results at The Avoca Clinic. From my initial consultation to now, everything has been brilliant. My only thing is that I wish I done it sooner than now. My back isn’t in pain anymore, I don’t have to cover up like I did before, I am in proportion to the rest of my body now and I just cannot stop smiling with how they are. I honestly still can’t believe they are my boobs. 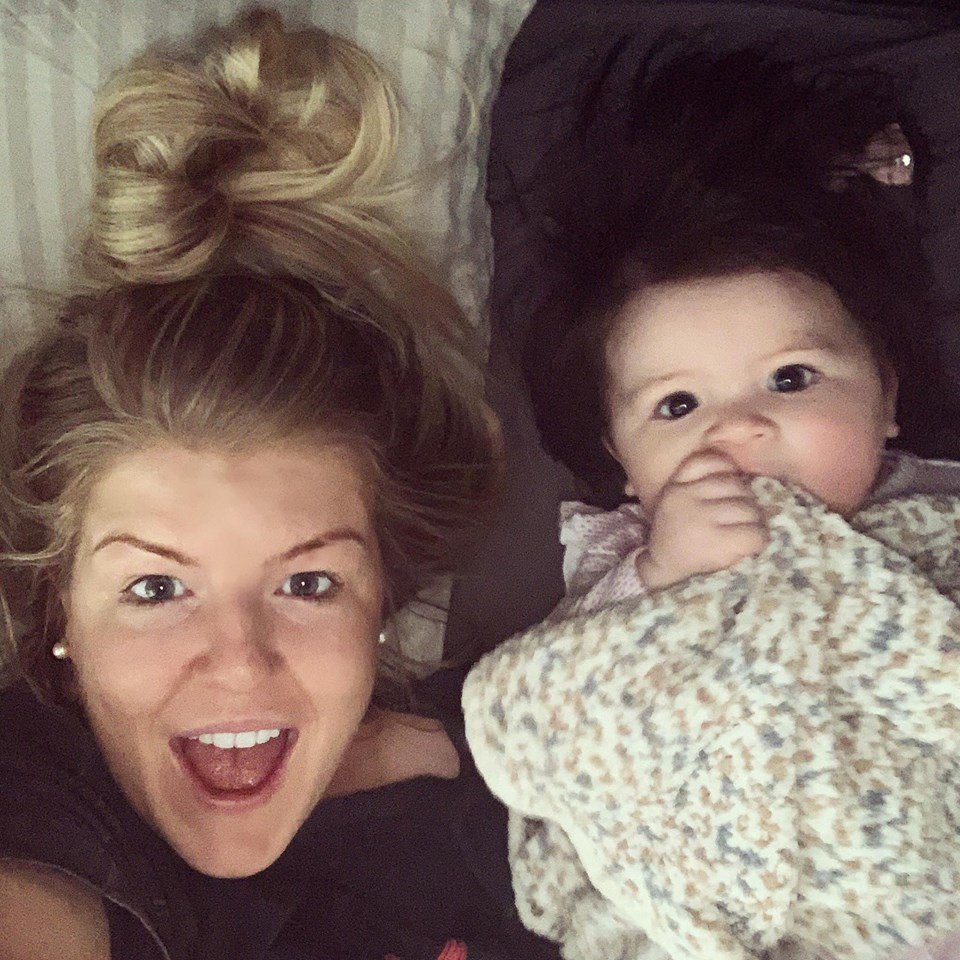